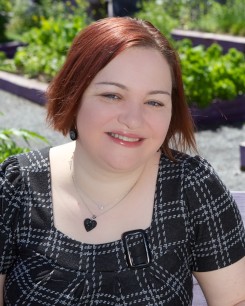 “YA author Julia Watts has been removed from the slate of authors participating in LitUp, a teen literary festival sponsored by the Knox County (Tenn.) Public Library that was inspired by a teen book festival of the same name launched last year in the Kansas City area. Knoxville’s inaugural LitUp festival is scheduled to take place on October 13 with a full day of programming, including appearances by 10 YA authors, a mix of regional and national names.

“According to Watts, a local indie bookseller who is involved in the LitUp festival’s planning

asked her in July to be one of its featured authors. “My name and photo went up on the website,” she said. Last Friday, however, that same bookseller called Watts to tell her that she was no longer slated to appear, as, after Googling her name, a member of the organizing committee had expressed concerns that she has also written erotica.”

I’ve seen this before. When a public organization or non-profit decides they don’t like what an author has written, they withdraw support. In this case, Julia Watts is in every way a “legitimate” writer. While she’s written erotica (which is essentially pornography in print), she was not presenting that content. She was presenting her traditionally published YA/LGBTQ fiction.

While I don’t allow erotica in my workshops (I tell the writers no worse than “R-rated” content, please), I have never turned an author away for their content. I wonder if this library would have turned Shel Silversteen away for writing for Playboy? I certainly think not.

Shunning authors for any reason is unacceptable. Content does not maketh the man*. If an author has a catalog that includes works that are essentially illegal, that is one thing. But shunning an author for artistic expression is the worst form of censorship.

* I hope you will forgive my appropriation of the cliche and its associated gender bias.