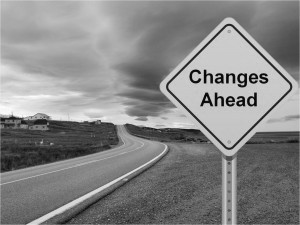 One of the most beneficial elements of the Agile Writers Method is our tightly-knit critique groups. But what do you do with the edits from your two beloved co-sojouners? There is some disagreement among the Agile Writers. One camp believes that your edits should be entered immediately every week, while they are fresh in your mind. The others—in the name of forward motion—store their edits up and incorporate them during the next draft.

I think it is useful here to distinguish between two different levels of edits received in the critique process.

The first are line edits. These are misspellings, typos, grammatical corrections, punctuation tweaks. Small potatoes. Very important to the finished product, to a polished, serious, publishable work. But, why add commas to sentences that will be struck in the next draft anyway?

This brings us to the second variety of feedback most of us receive from our critique partners: major edits. These are plot changes, character insights, suggestions to add or delete or totally restructure scenes. These are important, and they may subtly—or dramatically—change the course of your book while you are still writing it.

So, perhaps the first kind of edit is best left to the later draft-level stage of editing. And the second kind of edit, the insight-giving, course-correcting variety, should be incorporated as soon as possible?

How does this stop-and-edit practice jibe with our Constantly Move Forward mantra, though?

Let’s take a case study: mine. Sorry, it’s the only one I have direct access to. So, during my first draft, I did not enter any edits in real time. I saved them all in a thrillingly huge, specially purchased accordion folder. This was what helped me continue on. If I had stopped, even for so much as to tie my proverbial shoe, I might have stalled out completely. Stuck. Stagnant. Frozen.

I looked at even the major edits and insights, which did subtly alter my course from then on out, and declared them Problems For Later. Keep it moving. In other words, I wrote as if I had made those major changes but I didn’t make them. Not yet.

I have found that second draft writing is a little bumpier and more time-consuming because I didn’t incorporate these major edits right away. However, I don’t regret my choice. The first draft truly needed to be a nonstop express train to the finish line.

This second go round, I have the comfort of that giant folder of first draft material. This is a luxury that affords me the time to stop and consider those big, earth-shattering, plot-steering changes. I can take them in. I have more space to let in the brilliant insights afforded to me by my critique partners, and I can be a little lighter on my toes—able to move with the revelations as they come.

So, I have practiced entering these larger plot changes, character insights, and scene restructures, into my digital draft right away. I also make notes on my ever-lengthening Master Storyboard—a word document that tracks the evolution of my novel.

Just last week, I was laying down to sleep and suddenly realized (due in part to a note from my critique partner about some first chapter information that hasn’t appeared since. . .), “The reason I can’t seem to write more about my heroine’s job…is that it isn’t important to the plot! It’s actually totally unnecessary. I need to strike it from the first chapter and reassess!”

I sat up, scribbled this insight onto my Storyboard, knowing I will make the change this week. (Even though I will not be resubmitting that chapter to my critique partners.)

In the first draft, this kind of major change would have been daunting, and circling back would have felt like stagnation. In the second, it is liberating—the thrill of changing course midair.

What about you, Agile Writers—do you edit as you go or save them for the end?